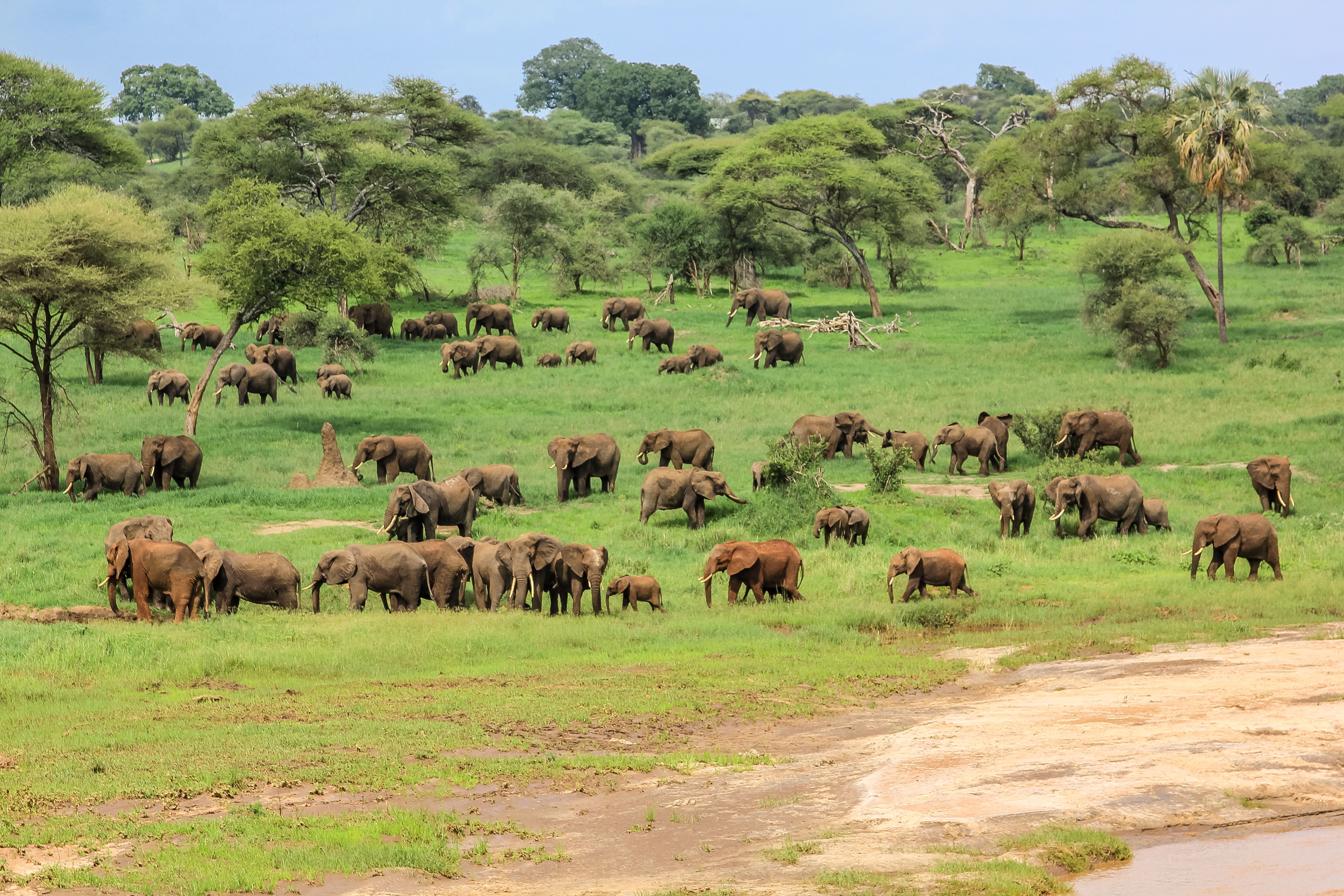 Things to Do in Tanizania

No other country in Africa has so many iconic and superlative places, people and creatures as Tanzania. The tallest mountain, the most tenacious indigenous people groups, the largest migration of wildlife, the oldest evidence of early human beings … Tanzania is an ideal place to visit if you’re looking to see an assortment of Africa’s true standouts! From safaris to mountain climbing to relaxing on the most beautiful beaches imaginable, things to do and places to visit in Tanzania top the list of East Africa’s gems. When in Tanzania, beautiful places and amazing experiences abound!

Tanzania activities can be found in three general areas in this country about the size of the US state of Texas. Being that one of the top things to do in Tanzania is safaris, the country is divided up into the Northern Circuit and the Southern Circuit, each with their national parks and geographic landmarks. To the east along the Indian Ocean’s shores, the Coast and Islands beckon the traveler for rest and relaxation, as well as provide insight into the region’s amazing history.

One of the major highlights of Tanzania is its cultural richness. While traveling in Tanzania, one will constantly be meeting indigenous peoples, whose over 120 languages represent the boundless cultural diversity of this nation. Three of the more remarkable groups are the Maasai, the Chagga, and the Hadzabe. The Massai, of the northern plains, are a herding people whose red sash vestments, tall and slender build and singing and jumping ceremonies make them distinctive. The Chagga people live on the south slope of Kilimanjaro, and many of them are farmers of climbing guides for Kilimanjaro. The Hadzabe are still hunter-gatherers, a major rarity in our rapidly modernizing world. There are tour options that visit each of these peoples and introduce travelers to their traditional lives, an opportunity not to be missed! While each of these people groups has their own language, most all of them and others speak the national language of Kiswahili, and many English as well.

Both the people and places you’ll experience on Tanzania safari tours offer beautiful insight into the identity of this astounding country.

The Northern Circuit is the more popular of the two and the main area people go for the best things to do in Tanzania. Home to a number of national parks, it offers adventures along the Great Rift Valley in smaller parks closer to the main Kilimanjaro airport like Arusha and Tarangire National Parks. Additionally, travelers will have the opportunity to engage in visits with the Hadzabe around Lakes Eyasi and Manyara. Further away, the Ngorongoro Conservation Area and Serengeti National Park offer amazing landscapes and wildlife viewing opportunities, often coupled with the chance to visit with the Maasai. The Great Migration of wildebeest, zebra and other herbivores between the Serengeti and Kenya’s Maasai Mara National Park is one of the greatest wildlife spectacles on Earth. Also in this area is Olduvai Gorge and its Laetoli footprints, three million years old and the earliest evidence of hominid (upright walking) apes that evolved to become Homo sapiens!

In Tanzania, things to do that bring together nature and culture are basically unbeatable options. Nowhere is this better exemplified than climbing to the top of the “Roof of Africa”: Uhuru Peak at the summit of Kilimanjaro. Routes to the top range from about five to ten days, and include joyously memorable times with Chagga porters and your fellow travelers from around the world. Kilimanjaro reaches the soaring height of 5,895m/19,341ft, and beckons climbers up its six routes with novice technical requirements but fantastic views and fun!

The Southern Circuit is more remote and less traveled, featuring larger parks and some of the more overlooked Tanzania points of interest. The sprawling southerly parks of Selous, Ruaha and some other areas make of the oldest and most wildlife-rich tracts of the country. These parks can be some of the best places to see large herds of massive elephants, as their habitat is less impacted in these sparsely populated areas. They see less traffic, and offer quieter and more nature-connected camping and walking safaris.

The Coast and Islands area is not to be overlooked, however - what to see in Tanzania doesn’t end inland! Named the “Swahili Coast”, this area is heavily influenced by the Arabian traders who traveled this area, along with Europeans as well, beginning hundreds of years ago. The capital of Dar Es Salaam is here, along with the old slave port of Bagamoyo with important cultural history and pleasant beaches to the south. Offshore, the UNESCO World Heritage Site of Stone Town is the capital of Zanzibar, which is adorned with countless beautiful beaches and crystal clear waters, beautiful dhow sailboats and delectable food that leaves nothing to be desired. Diving and snorkeling, urban and village tours, and taarab music make Zanzibar as magical as places come, bringing new perspective to Tanzanian adventures.

Tanzania’s natural and cultural wonders are unparalleled. Northern or Southern Circuit, you’re bound to see the Big Five (rhino, elephant, leopard, lion, and cape buffalo). Wherever you go in the cities or countryside, you’re bound to meet the country’s indigenous peoples. It’s hard to go wrong when choosing what to do in Tanzania, so contact us today to start planning your tour!