India's "Golden Triangle" of Delhi, Agra and Jaipur is what many consider to be the best introduction to Indian history, culture and daily life. This circuit is certainly the most traveled in India, with good reason. From the bustling streets of Delhi, to the Taj Mahal in Agra, and the fascinating city of Jaipur, the Golden Triangle is not to be skipped. If you've never been to India, this is the perfect place to start. Add on to this trip if you'd like, but these are the absolute essentials!

Welcome to India! Upon arrival at Delhi’s International Airport, you are met by our representative in the arrival area, after you clear all immigration and customs formalities. You will be greeted with a special welcome of nice garlands of marigold flowers. Your driver will then transfer you to your Hotel for check in. (This service is on a private basis.)

Everything about Delhi is enticing. Named India’s historical capital, Delhi is one of the world’s oldest continuously inhabited cities. Since ancient times, the city's character and culture has been shaped by waves of various influences. In recent years, New Delhi has expanded to encompass residential and commercial developments to the west and south, including the satellite towns off Noida, Gurgaon and Faridabad. Delhi has also outgrown Mumbai and Kolkata in becoming the most vibrant creative art and culture center in India. Even a simple stroll through the streets offers an epic adventure for the senses.

Today, you will be fully introduced to India's capital, beginning with Old Delhi in the morning, and New Delhi in the afternoon. Old Delhi was an ancient walled city. In 1650, Mughal Emperor Shah Jehan switched the Mughal capital from Agra to Delhi. Your tour begins with a cycle rickshaw ride through this very area. You will drive past the famous Red Fort, which is the most opulent Fort and Palace of the Mughal Empire. From there, continue onto the Jama Masjid, to see the largest mosque in India, followed by the Chandni Chowk, the bustling and colorful market of the old city. You will be captivated by the vibrant energy and the magnificent sites of the area.

After visiting the Raj Ghat, which is the memorial site of Mahatma Gandhi, your exploration proceeds with a visit to two monuments from Delhi's past. The first is the Qutub Minar, a historic construction of a landmark from 1199 and the second is Humayun's Tomb, which was built by emperor Humayun's wife. This tomb took eight years to complete and is regarded as an ideal example of the early Mughal architecture.

Later this afternoon, you will be taken on a drive along the ceremonial avenue, Rajpath, past the imposing India Gate. This 42 meter high gate, stands tall in the center of New Delhi in the middle of a crossroad. From there, you will continue to the President House, which was built on an area of 330 acres and features an exquisite private garden. It was designed as the official residence of the Viceroy of India during the British reign, though today it is now the official residence of the First Citizen. Your final stop of the tour will be a visit to the Parliament House, which is a true symbol of Indian democracy. (This service is on a private basis.)

In the morning, you will be picked up at your hotel in 4:00PM and transferred to your accommodations in 4:00PM. (Duration: 4 hours.) (This service is on a private basis.)

At the time of the Mughals in the 16th and 17th centuries, Agra was the capital of the grand Mughal Empire. During this period, the city transformed into a leading center of art, science, commerce and culture. The short golden age of Agra came to an end with the 17th century reign of Shah Jehan, the mastermind of the Taj Mahal. Its ancient beauty and striking history is still just as impressive today.

Today's unforgettable experience includes a city tour of Agra with visits to the breathtaking Taj Mahal and Agra Fort. That magnificent monument of love – The Taj Mahal, was built by an emperor in memory of his beloved queen. Construction of the Taj Mahal began in 1631, and is believed to have taken 22 years to complete, with over 20,000 craftsmen working round the clock. The design and construction is said to be that of the legendary architect, Ustad Ahamad Lahori. Its marble exterior reflects rose and golden tints at sunrise and sunset, and dazzling white during the day.

Later, proceed to Agra Fort. Agra Fort is also known as Lal Qila, Fort Rouge and Red Fort of Agra. It is about 2.5 kilometers northwest of its much more famous sister monument, the Taj Mahal. The Fort can be accurately described as a walled palatial city. During a time when the country was governed from this royal residence, the great Mughals Babur, Humayun, Akbar, Jehangir, Shah Jahan and Aurangzeb once lived here. It used to contain the largest state treasury, visited by foreign ambassadors, travelers and the highest dignitaries from all over the world, who participated in building India's history. (This service is on a private basis.)

After breakfast at your hotel this morning, you will drive to Jaipur. This journey will be approximately 5 to 6 hours. En route, enjoy a visit to Fatehpur Sikri. This is an hour’s drive outside Agra.

Fatehpur Sikri was built by the Mughal Emperor Akbar. The architectural grandeur of this deserted city simply cannot be described in words and one can only experience the aura of it's magnificent edifices, by seeing them. As you enter Sikri from the Agra Gate, Diwan-I-Aam, or the hall of public audience, appears first. This is one of the nine gateways on the way to the palace complex. It is a huge rectangular walled-in courtyard, where petitions were heard, proclamations were made, ambassadors received and entertainment programs held. Ponder the mysterious desertion of this capital city that was dramatically abandoned only a few years after it was built. It was a veritable fairy tale city and its 'ruins' are still in pristine condition.

After plenty of time to explore and admire, you will continue your drive to Jaipur. Upon arrival, check into your hotel and get settled. The afternoon is at leisure to enjoy the facilities at hotel. (This service is on a private basis.)

Jaipur is where the enduring charisma of the past blends with the throbbing vitality of today. Where a colorful cast of characters - from painters and potters to artists and antique dealers - present a fascinating picture of a city that is alive to both tradition and change. Today, Jaipur has spread far beyond the pink crenellated walls that once defined its boundaries. It presents a fascinating picture of a city where growth, evolution and change are sustained by tradition.

This morning after breakfast, proceed for an excursion to the inspiring Amber Fort. Amber Fort is a marvelous example of Rajput architecture with its terraces and ramparts reflected in the Maota Lake below. The interior of the fort has various royal halls decorated with intricate ivory, mirror and glass.

After your tour, you will be returned to your hotel to enjoy the afternoon at your leisure.

This morning, you will proceed for a city tour of Jaipur. First, you will visit the City Palace Museum, where you can see an imposing blend of traditional Rajasthani and Mughal Art. The museum is truly impressive, with its collection of robes of royal princes, carpets, an armory of old weapons and miniature paintings portraying court scenes, battle scenes and processions. You will also visit the awe inspiring Jantar Mantar (an accurate observatory built in 1726 AD). Included in the tour is a photo visit at the Hawa Mahal (Palace of Winds) - a five storied wonder with a spectacular pyramidal facade and overhanging windows with latticed screens, domes and spires.

After your tour you will be returned to your hotel to spend the rest of the day as you please.

Today, you will be picked up at your hotel in 4:00PM and transferred to the airport in good time to board your domestic flight to Delhi. From Delhi, you will need to connect to your international flight home. (This service is on a private basis.) 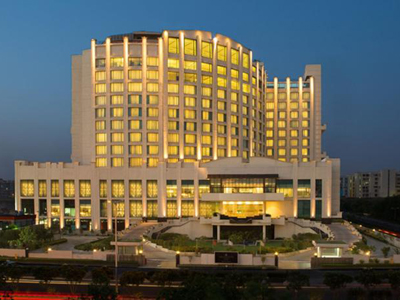 This 5-star New Delhi hotel has 4 restaurants serving breakfast, lunch and dinner so there's no need to worry about dining options on this trip. If you want low-key dining options, you will be pleased to find a grocery/convenience store and 24-hour room service. You can find a fitness center on site so you will be able to take some time out to de-stress. Outfitted with a bar/lounge, you'll find the perfect place to have a drink. Multilingual staff are available at the front desk 24 hours-a-day and can provide tour/ticket assistance. The lobby has a fireplace creating a cosy ambiance where you can sit and read your free newspaper. Wi-Fi is available for a fee. Other amenities include a hair salon, dry cleaning/laundry services, an area shuttle, an elevator (lift) and concierge services. 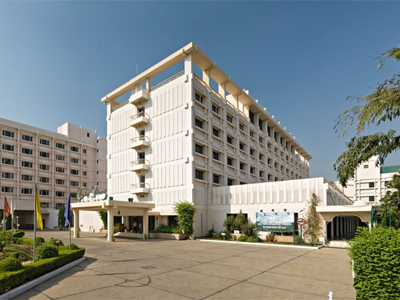 Clarks Shiraz, Agra, is a luxury hotel which combines business with pleasure, style with substance, form with function. Located 2 km. from the Taj Mahal, in the heart of Agra, and yet free from its din and bustle, The Clarks Shiraz is just 7 km. from the Airport and 3 km. from the Railway Station. 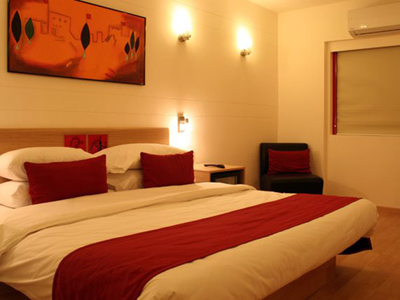 A contemporary, select service economy hotel that offers visitors a royal treat in the land of the Maharajas Smart accommodation, uncompromising cleanliness, zippy service and a bold, playful atmosphere at an incredibly economical price. A unique hotel guaranteed to bring color into the lives of both business and leisure travelers.

*Pricing is based on two persons traveling together, based on availability, subject to change.

Unparallelled Customer Service
As dedicated travel specialists, we are here to help you plan the perfect trip. Were with you from the beginning, during the crucial planning stages, throughout your trip in case anything comes up, and afterwards to make sure everything went perfectly. If anything were to go wrong during your trip (missed/delayed flights, etc.), we and our local in‐country partners are here for you.
Hand‐crafted Trips
While we have sample itineraries to help you create the perfect trip, we encourage you to travel at your own pace with a custom itinerary ‐ or simply book accommodation and excursions to travel with full flexibility. We also give you access to an amazing product line that would be very difficult to find otherwise.
Social Responsibility
Our trips directly benefit local communities through a variety of educational, environmental, and cultural initiatives. Additionally, all of our partners have been qualified as upholding a level of service that we truly stand behind. We strive to work exclusively with like‐minded partners who are committed to making sure tourism does not have a negative impact on destinations.

Our entire team is dedicated to making this custom journey come true. Request a free quote by filling out the form and please share any details to help us customize this perfect trip just for you.

Can’t wait another minute? We understand, call us directly at (866) 577-2462 and speak with one of our extraordinary travel specialists.

This is just one of many authentic travel experiences offered by Global Basecamps. If you are interested in more unique destinations to India with unprecedented planning and extraordinary service visit our main India tours page to browse other sample trips.
© 2023 Copyright - Global Basecamps. All rights reserved - globalbasecamps.com - Privacy Policy - Site Map