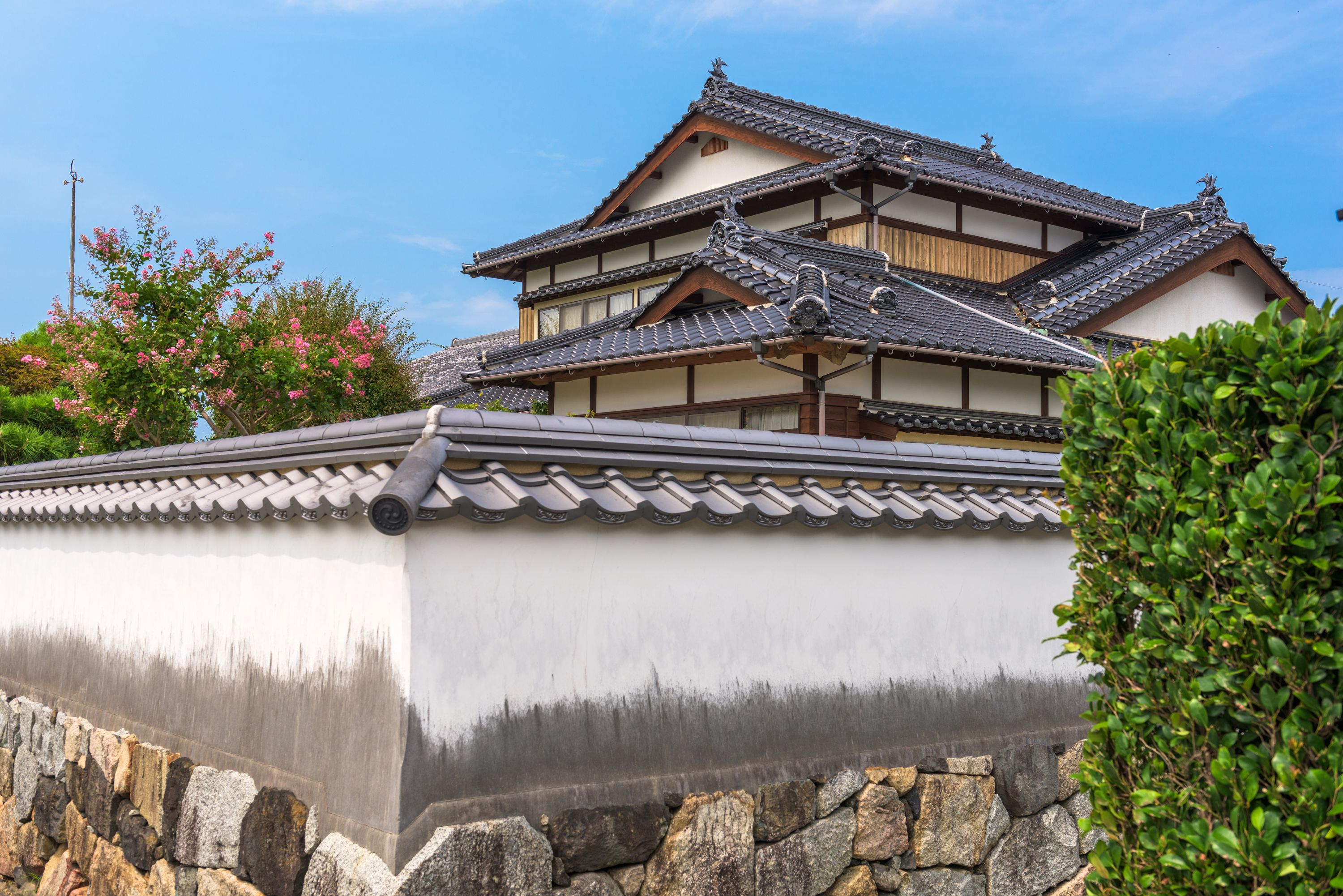 "Irrashaimase "Welcome" - Fit in with the Culture"

Immersing in Japanese culture and customs as a traveler is a spellbinding experience, creating memories to treasure for a lifetime! The good news for travelers to Japan? The opportunity to learn and engage with locals is wide open! Few countries are as gregariously welcoming as Japan, and though the Japanese certainly appreciate travelers’ efforts to honor their culture, they are very patient and willing to assist in foreigners learning process.

Sometimes referred to as the world’s most formal country - and also the friendliest! - Japan is a truly phenomenal country to visit in terms of cross-cultural learning. Come along as we explore Japanese culture.

Japanese culture and traditions are deeply hospitable and respectful - of people, objects, nature, and of culture and tradition itself! The values of harmony, belonging, and politeness reign supreme, especially when there is a difference between people in: age (children, elders) status (in professional, political or educational settings), or familiarity (including strangers like travelers!)

The kanji script that make up Japan’s name speaks to the terms “sun origin”, and are reflected in the sun-symbolizing red circle on Japan’s flag. Originally inhabited by the indigenous Ainu people and ruled by successive shogun dynasties until the mid-1800s and rapidly industrializing and democratizing since World War II reconstruction, Japanese traditions maintain huge respect for their historic roots. Themes like interdependence, honor, cooperation and following protocol are prominent in Japan.

The concept of omotenashi means deep hospitality towards guests, anticipating their needs and ensuring their comfort.

When you enter a store or restaurant, a very warm irrashaimase welcome is highly likely! An important and broadly applicable societal concept in Japan is that of wa, which describes group harmony and cooperation. Due to mountainous areas taking up much of the landmass in Japan, populations grew in the arable regions and co-managing precious water via irrigation systems was a top priority. As larger populations came to live together in tighter areas in an amenable way, a culture of respect and cooperation developed.

In Japan, customs are of paramount importance. Being a very sociable culture and one where travelers are often interacting with locals, getting to know some general Japanese customs for everyday situations is highly recommended. For the Japanese, manners are an important part of culture, and something to be kept in the traveler’s mind for an amiable visit to this fabulous country.

Language, Addresses and Conversation: most Japanese study English in school and therefore have some familiarity with the language, but it is advised to learn some basic Japanese vocabulary and greetings to help make your way. Words typically have an alternating consonant-vowel-consonant spelling with each syllable receiving the same amount of stress, making for a beautifully flowing (and easier to pronounce!) language.

The Latin Japanese alphabet is relatively simple, consisting of 14 consonants and 5 vowels. Written Japanese is a much more complex, with several alphabets of katakana, hiragana and kanji each having different applications, adding up to over 2,000 characters!

A basic greeting is the word “konnichiwa” (“good day/afternoon” - the most basic hello, with a bow of course!), followed by the person’s name, and then followed by -san to a peer or superior, -kun to youth or inferior, and -chan to a child. Handshakes upon meeting are growing more common in Japan, especially between Japanese and visitors.

When out visiting and touring various sites, Japanese etiquette should be observed out of respect and can be seen as an educational experience.

Removing shoes before entering a home is customary, and there will typically be a devoted spot for them to be placed, sometimes with slippers being provided for wearing inside; shoes should never be worn on tatami flooring!

Bringing omiyage a small, often edible, gift if visiting a host for the first time is an appreciated gesture, and the gift should be presented to the host using both hands, accompanied by a slight bow.

Blowing one’s nose, speaking loudly on cell phones, and rambunctious behavior in general is not acceptable in areas with crowds of people.

If feeling sick, wearing a mask is expected - it is very common to see people wearing masks on trains, in airports, and on the street.

The classic Japan table manner is elegant, simple and refined … just like the food!

Food and drink: many food traditions from Japan have become internationally popular - let’s have a look at a few of them.

Sushi: the most famous perhaps of all, featuring vinegared rice and many other ingredients, with or without raw fish. Thinly sliced raw fish is known as sashimi.

Rice (gohan): many types of rice are grown and served in Japan in innumerable dishes.

Miso: a fermented soybean soup, miso often features kombu kelp, mushrooms, tofu and other ingredients. It is either drunk from a small bowl or eaten with a large, flat-based spoon.

Noodles: udon (thick, made of wheat) and soba (thin, made of buckwheat) are the most common.

Table manners: enjoying meals with others is a fundamental part of Japanese culture, and there are protocols to follow to make the best connection with your dining companions.

Wet hand towels are often provided when at restaurants, so make use of them.

After ordering and everyone in your party is served, kick off your meal with the saying itadakimasu ("I gratefully receive").

If the serving is taking a while and it is best to begin eating before others for whatever important reason, the phrases osaki ni itadakimasu ("allow me to start before you") and osaki ni d?zo ("please go ahead") may be used.

It is common to hold smaller bowls in the hands, close to the mouth, and not refrain from making slurping noises while eating noodles, for example. This is an expression of culinary enjoyment and gratitude, not rudeness!

Chopsticks are the common utensil, and they can take some practice to master. Never leave them stuck upright into your rice bowl (death/funeral inference) or piercing food items with them, and don’t pass food from your plate to another once you have eaten with yours. Your chopsticks have their own complementary utensil to rest them on, called a hashioki. Be sure to use it!

Once everyone in your party has their beverage, toasting using kampai (“cheers”) is called for, and gochisou-sama after a meal (“What a great meal!” or “Thank you for the food”) is the saying of choice to show your appreciation.

If visiting street food vendors, refrain from walking while eating and enjoy your food where it was purchased.

In Japan, traditions ranging from visual and performing arts endure everywhere. From dress to painting to architecture, tangible cultural heritage offers a window into the history of Japan, and these mediums are a highlight of travel there.

Modern dress in Japan is heavily influenced by western fashion, though a bit on the conservative side, for locals and travelers alike. Shorts are acceptable, and since much time without shoes will be logged while in indoors, be quite sure your socks are free of holes in in good shape. In general, most travel clothing (if it’s in relatively good condition) is acceptable in Japan, with tending towards covering a bit more skin being best. “Beach clothing” is good for the beach, but not elsewhere. Traditional dress (wafuku) can still be seen on both men and women in some more formal and cultural settings.

Visual art is a stunning part of Japan’s culture, sculpture and decorative ceramics being especially common along with painting. Ukiyo-e woodblock and ancient gad? and kaiga painting forms portraying themes of nature, rural, Buddhist and Shinto society are celebrated, along with shod? brush calligraphy.

Architecture: The beautiful right angles and curves of traditional Japanese wooden buildings, both devotional temples and residences, are a feast for the eyes! With expressive, soaring roofs and cozy central moya rooms, these buildings are often constructed using the traditional ken measurement approach. Yes, you can marvel at the high-rise modernity in Tokyo as an example of how Japan’s buildings have zoomed into the future, but Kyoto’s over 1,600 Buddhist temples and 400 Shinto shrines represent some of Japan’s finest architectural heritage.

Theater: Geisha are traditional entertainers whose distinctive kimono dress and oshiroi makeup have made them an important part of Japanese culture over the last several hundred years. Bunraku, and Kabuki are two traditional forms of theater performance to enjoy while visiting Japan.

Music: Traditional music has been performed for many centuries on drum (like the taiko) and lute-like strung instruments (such as the biwa and shamisen), and of course, Japan has become famous around the world for its love of .. karaoke! Both traditional as well as modern music, from metal to rock to pop, is beloved in Japan.

Many cultural experiences available on high quality Japan tours offer a special view into Japanese way of life. From the Sh?gatsu New Year holiday, to the hanami cherry blossom season, there are some occasions that can only be experienced while in Japan. Shinrin-yoku (“forest bathing”) trails can be found across the country, offering a structured way to calm the body and mind while taking in the natural therapy of the forest.

Japanese rituals known collectively as harahe are an important part of the country’s culture, and include common practices such as visitors entering Shinto shrine cleansing their hands and mouths with water.

A highly recommended cultural experience is staying at a traditional ryokan. These lovely traditional inns offer an authentic and timeless atmosphere to enjoy Japan’s hospitality and charm. Many feature onsen, geothermally heated bath, while sento public baths are available elsewhere and are also a trademark Japanese custom.

Festivals are important in Japan, and happen throughout the year: Nakatajima’s Hamamatsu Kite Festival, Yoshida’s Fire Festival, Yokote City’s Kamakura Snow Festival, and many more. Sports are also of great importance in Japan, with baseball being surprisingly popular, along with sumo, the National Sport of Japan. Martial arts such as kend?, karate and judo are also steeped in culture and are quite popular.

Etiquette in Japan is important to follow, as is learning Japanese culture and traditions - taking some time to get to know them will make for that much more enriching of a trip to this fascinating nation. Get in touch with one of our travel specialists today to start planning your dream Japan tour today!