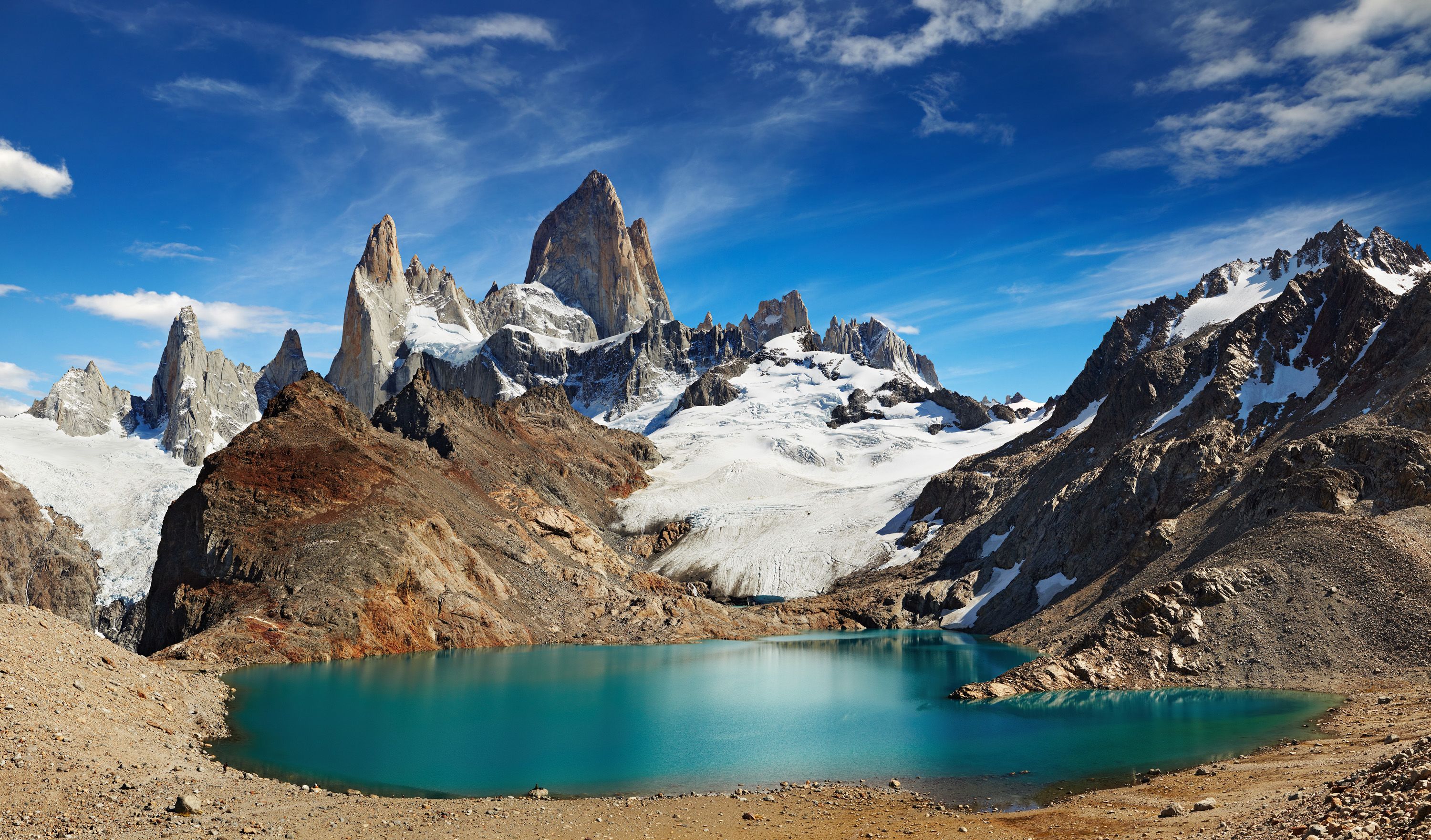 The animals of Australia touch the hearts of people around the world as much as any. Sure, Africa has the Big 5 elephant, rhino, lion, leopard and Cape buffalo, and Brazil has anacondas, tapirs, jaguars and parrots to boggle the mind. But when it comes to cute, fuzzy, weird, and sometimes downright scary, nothing comes close to Australia!

Australia is unique in so many ways as to be hard to count them all: its geology is among some of the oldest, least changed and isolated of all the world’s land masses, making for uniquely evolved wildlife. Having the unique identity of being both a country AND a continent, it is one of 17 countries defined as being “megadiverse” (along with others like Mexico and South Africa) which contain over 70% of the world’s biodiversity!

Interacting with the animals of Australia can be an amazing highlight of Australia tours, and learning about them beforehand is an awesome way to enrich your trip. Like animals around the world, there are simple scientific ways to categorize animals. While it isn’t necessary to learn their scientific names (genus and species), remembering basic types of animals is a great way to keep them organized. We can keep in mind what kind they are, from mammals to reptiles to birds, and where they’re from, either native to Australia or exotic and originating from elsewhere. Let’s dive into animal that live in Australia, starting with those from the continent itself.

Being such an ancient and isolated land mass, Australia has some of the most unique biodiversity on the planet. A mostly desert continent, fringed with temperate Mediterranean forest and scrub on the southwest coast and subtropical and tropical rainforest on the east and northeast coast, animals indigenous to Australia have long adapted to these environments. Nonnative animals have naturalized here, and for better or worse, come to thrive in these environments as well.

No doubt about it, some of the cutest and coolest animals are its mammals, and a special kind of mammal: marsupials. Like the rest of the mammal family, marsupials both have fur and bear live young that they nurse, but marsupials bear less developed young and nurse them in a pouch.

Kangaroos, wallabies, and tree kangaroos are all part of the Macropodidae family, which has powerful hind legs and tactile hands and useful tails for balance and agility.

Tree kangaroos are adapted for arboreal life in the branches, but ground kangaroos and the smaller wallabies have powerful hind legs meant from speedy bounding on the ground. Young “joeys” look like miniatures of the adults, and the huge red kangaroo has some of the greatest leaps of any animal: up to 10ft vertically, and 25 ft per bound! The light footed agile or sand wallaby lives in a variety of riparian and plains environments, and is among the most abundant in Australia.

Some of Australia’s smaller marsupials are cute and common, and have a home in the hearts of Australians and adoring fans around the world. The common wombat is like a docile little bear, living in burrows and foraging for the vegetarian diet they maintain their chub on at night.

The tiger-striped >numbatBandicoots are similar in size, diet and behavior, eating a varied omnivorous diet, and being ground-dwelling foragers that are nocturnal (active at night only).

The beloved animal Australian citizens - and people around the world - adore perhaps the most is a bit obvious: the koala (NOT officially functionally extinct, as the news had said). This furry darling has challenges ahead, but conservationists are hopeful for its recovery. Not a true bear, it feeds on gum (eucalyptus) leaves and sleeps for ? of the day to conserve energy.Koalas are another marsupial that you’re sure to meet when visiting Australia.

Yes, if you’re wanting the weirdest of the weird Australian mammals, look no further than the “monotremes”. These wonders of the animal world are warm-blooded like the rest of their mammal kin, but they lay eggs and feature some of the most unique anatomy you’ll find anywhere! The platypus, with its duck-like bill, webbed feet and beaver tail is even more strange in the water than the spiny, pointy-faced and waddling echidna is on land!

Australian animals are unique in many ways, one being that amongst the non-marsupial, true mammals, no felines have evolved; a unique phenomenon that all other continents are excepted from. Yes, no native cats, but there is a relatively native dog: the dingo, likely brought from Asia thousands of years ago.

Australia’s bird life is abundant, both in the bush and in the city, and endearing to say the least. The iconic laughing kookaburra is the charmer of the outback, preferring woodland areas as their well guarded territories where they hunt. The common and cute galah parrot’s two-tone pink and grey markings and unassuming demeanor makes a local favorite, while the crow-like Australian Magpie, with its black and white plumage, can be a bit territorial during nesting season and swoop down at passersby!

Like them or not, reptiles are a mainstay of Australian wildlife. The famed goanna goanna monitor lizard is like a smaller, prettier version of a Komodo dragon, while the saltwater crocodile, or “salty” for short, inhabits the brackish and nearshore oceans of the tropical north of the country, and is the largest reptile on Earth.

Though the Australian wilds are indeed a bit renowned for their poisonous snakes, the black-headed python is docile and great to scope out, and even hold, at some museums and zoos!

No Australia native animal talk would be complete without mentioning its famous fish that dwells in rivers and even in salt water as well! They are renowned by fishers and diners as being a great catch, and are savored as well by the saltwater crocodiles.

When we move on to invertebrates, stuff can get a bit weird and scary in a hurry! But hey, don’t insult invertebrates by calling them spineless … just because they don’t have a backbone doesn’t make them lowly. Insects, arachnids (spiders and scorpions) and all kinds of crustaceans and molluscs are a huge part of the animal kingdom.

The golden orb weaver spider and its beautiful webs are a common sight throughout tropical Australia, and for divers, the giant clams and the entire living Great Barrier Reef corals (a UNESCO World Heritage Site) all represent invertebrates that make Australia the wildlife wonder that it is!

Australia, like many other continents and countries, is home to many species that are from elsewhere and have made themselves at home. Unlike native species, exotic and invasive species can breed problems, like Australia’s feral cats killing far too many native birds.

But, introduced animals can also breed stories! Rabbits have multiplied rapidly in Australia, and - along with mistreatment of the Aboriginal peoples by the European colonists - inspired the movie Rabbit Proof Fence.

The epic story of Robyn Davidson in the 1970s is told in the book Alice to Ocean and the movie Tracks, where Davidson and some of Australia’s most iconic invasive animals - camels! - go on a 1,700+ mile trek from Alice Springs west to the Indian Ocean.

Certainly, the 2019-20 fires in Australia have been heartbreaking as estimates of one billion animals having perished in Australia’s bushfires. However, this is a time when love for these precious animals is needed more than ever, and tourism economies support conservation efforts significantly in Australia

If you feel compelled to give to support Australian animal fire relief in a responsible manner, please consiper supporting an excellent organization like World Animal Protection that is helping Australian animals recover.

So, what animals live in Australia? An incredible variety, of which we have named just a fraction. As we have learned, both animals native to Australia and those from elsewhere flourish on this continent, but also face many challenges, especially in this era of climate change, natural disasters and continued direct human impacts on their habitats. Amidst all of this, however, is a still globally unique community of animals that offer an incredible learning journey for visitors. Contact our Travel Specialists today to start planning your trip to Australia!